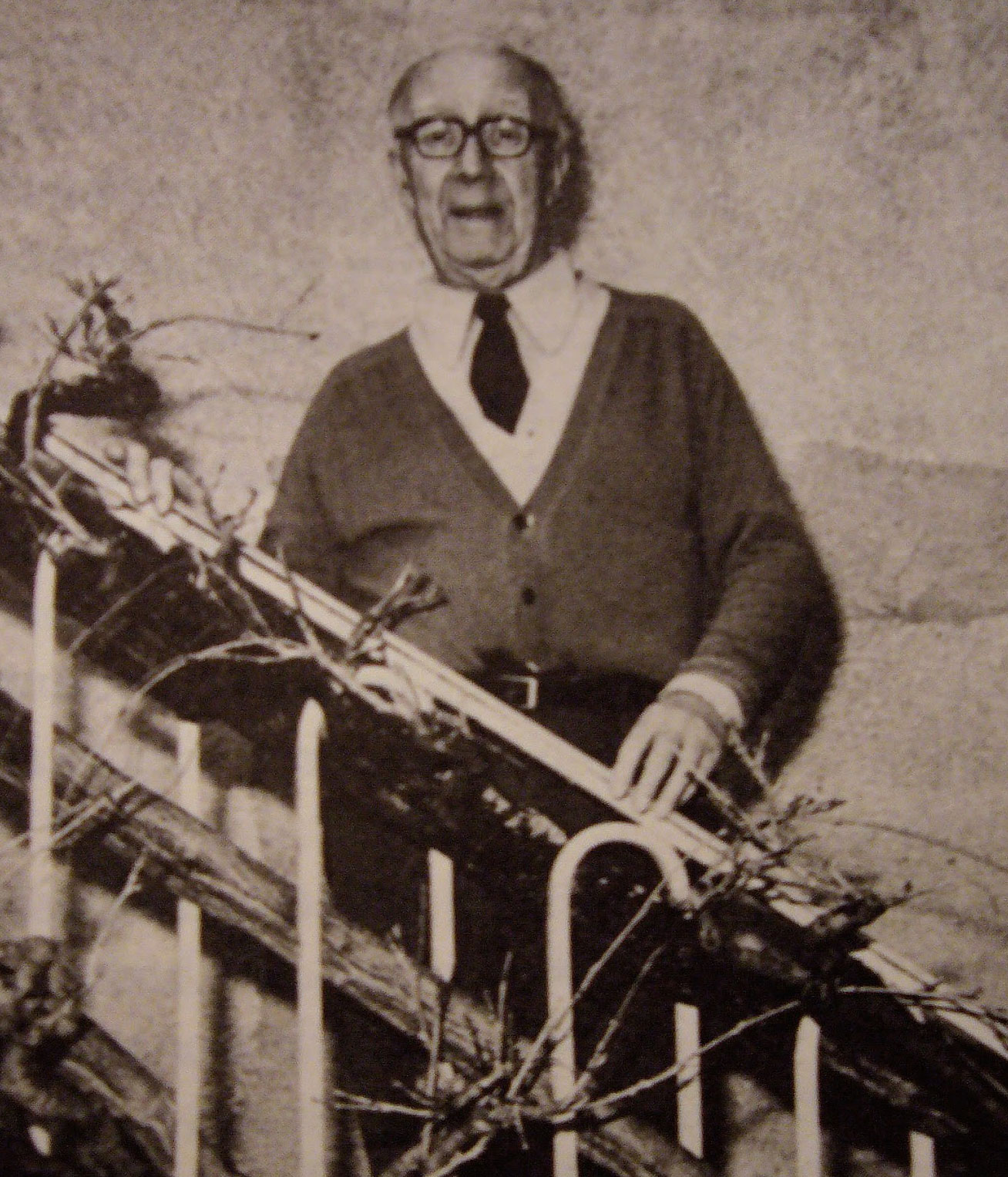 In addition to his talents as a winemaker and taster, he had acumen in chemistry. in particular, he worked on yeasts, malo-lactic fermentation and carbonic maceration. A great educator, witty, motivated by great conviction, he is today considered to be the father of the natural wine movement. He leaves behind work on the chemistry of wine and tasting that is unique in the world. Cataloguing his archives and research is on-going.

The success of the INAO glass, later adopted by the International Organization for Standardization (ISO) is also down to him. It is based on a series of studies and experiments that lead to the discovery of the shape of glass best suited to aroma enhancement and evaluating the same. It was during the 50s that he developed a theory stating the wine volume to surface in contact with the air ratio is directly linked to aroma development.

A native of Chénas, Jean-Claude Jambon travelled on a boat for two years then became the sommelier at the Faugeron Restaurant in Paris in 1977. It was in 1986 in Venice that he became Best Sommelier of the World.

Deeply attached to his native Beaujolais region,
he knows how to share his passion for wine.

Born and living in Chénas, Arnaud Chambost was awarded the title of ‘Meilleur Ouvrier de France sommelier’ in 2000. He has always been an ambassador for Chénas and Beaujolais and is a staunch and accurate analyst of our cuvées.

Since then he has been teaching at the supplementary credit sommellerie course at Dardilly agricultural college. In fifteen years he has trained close on 180 young sommeliers.  He specifies…

"With a perfect balance between men and women!"

Find out about Cru Chénas history

Would you like to get in touch with Cru Chénas?

Get in touch with Cru Chénas